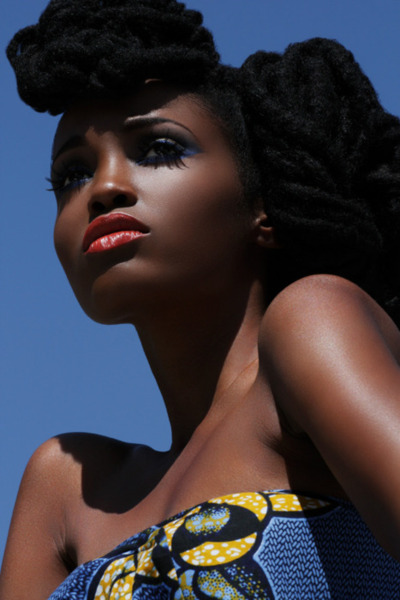 Today on my way to my internship, I experienced something that many African-American women have encountered while growing up and interacting with people of different races. Although I sympathized with these women, this was an experience that I thought would never happen to me personally. This morning, however changed everything.

As I was standing underneath a gas station/convenience store awning to shield myself away from the rain while waiting for the bus, a male employee who appeared to be of Indian descent,  stared at me while passing by before entering a door that was a few steps away from where I was standing. I didn’t pay him much mind and continued listening to my music while waiting for the bus to arrive. A few minutes later, the Indian man exited the same door he went in a few minutes before and said something to me. I couldn’t make out what he said because of the music blasting from my headphones so I paused it and asked him to repeat himself. He smiled and said “You’re a pretty black girl.” and I absentmindedly said “Thank you” as he was walking away. It took a few moments for me to process what he had actually said and I said to myself “Hold up! Did he just say I was a pretty “Black” girl?” Never mind the fact that I am not a “girl” but a 27 year old woman but what made it even worse is that the man made it sound like “Pretty black girls” are hard to come by these days. Did he mean that I was pretty for a” black girl and if so, why did it bother me so much?

I am not going to say I haven’t encountered discrimination from others before because that would be ignorant of me to believe, whether it was directly or indirectly but the discrimination was never in the form of a backhanded compliment. Also, because many people in the African-American race would consider me to be “light skinned” (high yellow, redbone whatever you want to call it!) I’ve never had those pretty for a “black girl comments come from any black person or a person of color period…until today. I never thought of my lighter complexion as an advantage but couldn’t relate to the beautiful brown skinned women in my life when they were ridiculed in their younger years for their chocolate/mahogany/ebony complexions. Today’s experience however made me realize that at the end of the day no matter what shade of black you are, you are still BLACK. This is how others view black people and being seen as a pretty “black” girl is NOT a compliment. It is ignorance expertly veiled.

I’ve stressed the fact that I feel that confidence is what makes a person beautiful no matter what the person’s physical appearance looks like. Although I do believe this with all of my heart, I have a difficult time trying to live my life this way from day to day and I still struggle from time to time with criticism. Today, was an eye opener for me and made me realize that we all need to be secure in ourselves and understand that many may not be aware of the things they say because their eyes and hearts are blinded to what true beauty really is. It is my mission to be the eye opener for millions of women and BEAUTIFUL BLACK GIRLS around the world.

One thought on “Pretty “Black” Girl”