Hey lovelies! I told myself that I was going to be completely honest with you guys about what’s going on in my life this time around so I decided to share something that I was kind of embarrassed about. Then I said eff it and decided to share my dating struggles. I’ve talked about the issues with the last guy I was seeing back in March (here’s the link to that post! https://amoreluxe.com/2018/03/14/shattering-my-rose-colored-glasses/) and that situation is dead lol but I wanted to step back out into the dating world but had difficulty because I don’t meet different types of guys in my neighborhood. At my last job, I only dealt with kids, staff and parents (and I’ve never gotten involved with a parent lol) and don’t frequent the types of places where I can meet different types of men so my only option was to resort to online dating. I’ve tried online dating in the past and even started seeing a guy that I met online but things did not work out. (Check out this post for details on that situation! https://amoreluxe.com/2016/10/14/forgiveness/) I was very hesitant to try it again but my bff Krystal suggested I try it again to see if things would be different the second time around. She told me to have an open mind but to always go with my gut because ignoring it could lead to serious consequences. If something doesn’t seem right about a guy when talking to him, don’t ignore that feeling and end it if things are being said or done that makes you feel super uncomfortable or seems suspect. I am not anxious to jump in a relationship or commit to anything serious at this moment but if I meet someone and we click, I won’t reject it out of fear either. With all of that being said,I felt like I was ready to try again so I decided to reactivate my account for “OkCupid”. I also signed up for a dating app called “Coffee Meets Bagel” and a site I’ve never heard of called “Hinge”. Here’s my thoughts and ratings on the sites/apps: 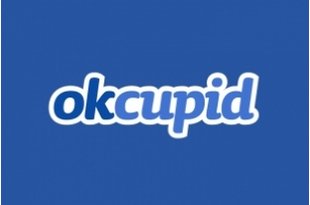 I joined OkCupid back in 2014 and liked it alright but I am very selective with who I choose to talk to so I ended up talking to a few guys but only had a real connection with 2 of them. I am still friends with one of them to this day (you know who you are 😉) and I am so happy that him and I support each other in our endeavors. The other guy who I ended up meeting in person and attempted to build something exhibited narcissistic tendencies and shady behavior and the latter was the main reason our situation ended. Needless to say, he was the reason that I was hesitant about reactivating my account but I told myself that I am wiser and that finding someone would be the icing on the cake and not the cake itself. Since there is no pressure, I could go into this with an open mind and just have fun! I realized that I’m just as picky as I was before but not just when it comes to looks. Most of the men I find attractive on the site seem to lack conversation and besides a “Hey what’s up?” and “What are you doing?”, it’s like pulling teeth to get them to say anything even though their profiles seem to have substance to them. One guy even hit me up after midnight when we hadn’t talked all day and tried to steer the conversation into a sexual direction so I had to shut that down quick! I’m not going to delete the app just yet but I am wary about the men that send me messages on there. This app gets a 2 out of 5 stars for now but hopefully I’ll meet a man who will change my mind.

Coffee Meets Bagel is different from OkCupid as far as the type of guys that frequent the site. I’ve noticed that more professional types (businessmen, doctors, lawyers) frequent this site than on OkCupid. These men also seem to be looking for something serious in contrast to OkCupid where many of the guys are looking for hookups and casual types of situations. Coffee Meets Bagel doesn’t let you browse through a large number of guys unless you pay for additional points or beans as they are called on the app. I REFUSE to pay for dating services of any kind so I deal with the limitations of the free services. I have begun conversations with a coupled of the guys I matched with but so far, nothing has materialized. The conversations only stay open for a couple of weeks unless you reopen it for 30 days so I’m guessing they expect you to make connections quickly and connect outside the app which I have yet to do. I will give this app 3.5/5 stars because I see it’s potential and I feel that some good prospects are out there just waiting for me lol

Now this is a site/app I’ve never heard of until my therapist suggested it to me. This app is different from OkCupid and Coffee Meets Bagel in its simplicity. You only have to answer 3 random questions and connect your account to Instagram to create a profile. Even though there’s only 3 questions on the profile, they are interesting and the answers I’ve read have given me a bit of insight into what the guy is like. Like Coffee Meets Bagel, the guys on this app seem to be looking for something serious and the guys I’ve had conversations with so far seem have intrigued me. Not to mention that I am more attracted to the guys on this app as a whole compared to the other two! I haven’t made a real connection yet but I just downloaded it last week so there’s no rush. I am giving this app 4/5 stars and if I meet someone and it leads to something, I’ll be the first to promote this app all over my social media 😂

Have you tried online dating? What have been your experiences? And for the fellas, have you had similar experiences with women on these apps? I wanna know ALL the tea 😛

Stay tuned for a new post either on Friday or Monday depending on how my week goes lol…until then be sure to love and live luxuriously!

2 thoughts on “Is Online Dating Worth The Hassle?”